The eyes. That’s the first thing you see. The light of your head lamp bouncing off the tapetum lucidum of the puma. I don’t know what I was expecting. I wasn’t expecting the calmest pair of eyes in the world staring at me. Especially not behind the bars of a cage. Once he realized that we were there to collar him, the hissing and growling began. You could tell the old man meant business.

It was one of the most surreal moments of my life. Mere inches away from me stood a 140 pounds of pure muscle that could easily shred the flesh off of me. And yet, here I was, about to partake in a puma capture that I had waited patiently for 6 months to be a part of.

Since it was my first capture, I was mainly tasked with observation, though I later took over scribe duties. The next hour or so flew by as I jotted down measurements and recorded notes. Once we finished, the field tech and I stayed behind to observe as the puma shook off the effects of the tranquilizer and lumbered off into the darkness. As the darkness wrapped around 70M, I was so grateful and excited to have been part of my first capture.

To give you some background and reference, this was the capture I was part of.

A busy day for the puma project yesterday – look at this lovely old man (being held by grad student Veronica Yovovich). Welcome 70M! 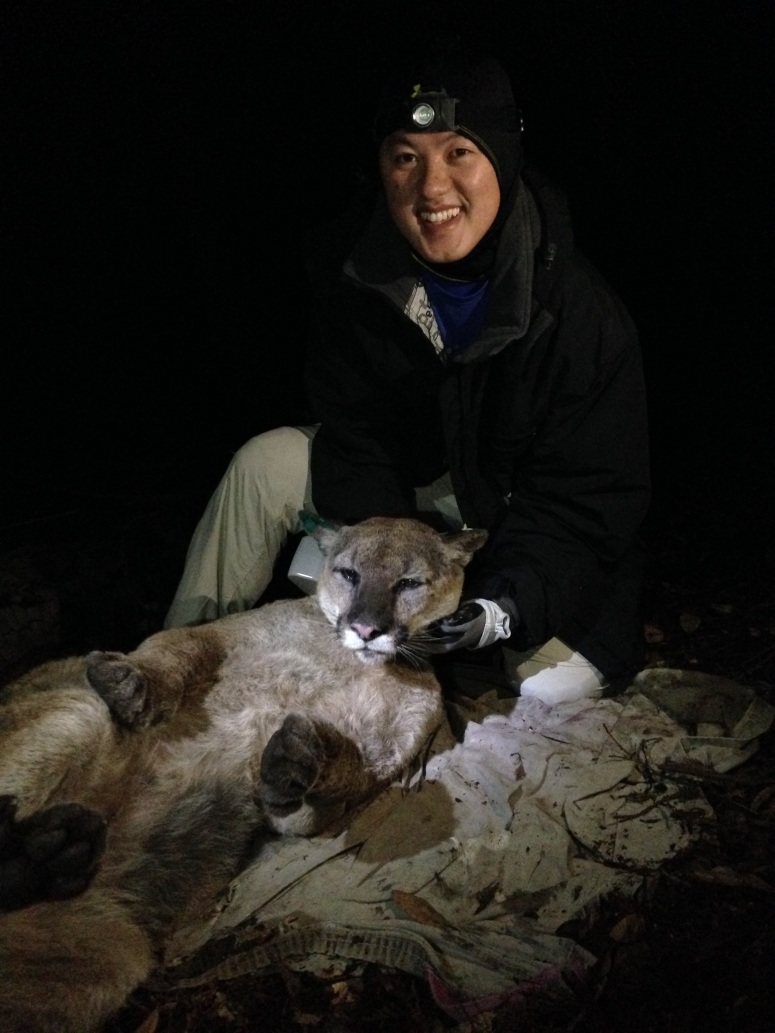 For more information about the Santa Cruz Puma Project, feel free to visit our Facebook page or website.

The featured image is puma by Marcelo Calil used under CC 2.0.